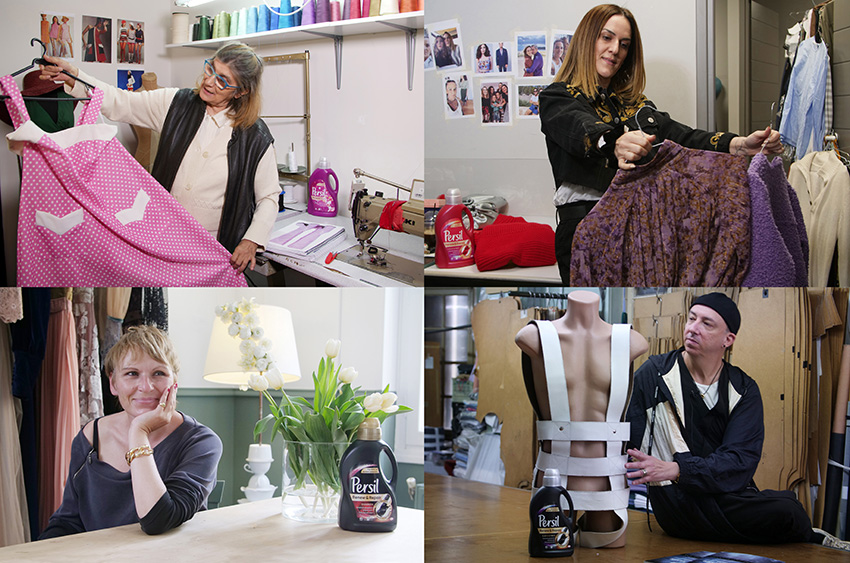 produced by The Dark Candy Productions

with the support of Persil

Four costume designers of the most popular Greek TV series of the moment – Triada Papadaki (Agries Melisses), Maria Kontodima (Ta Kalitera Mas Hronia), Agis Panagiotou (Eteros Ego), and Nikol Panagiotou (ilios) – tell us how the costumes that give life to the characters so loved by the audience were born, from the starting point, the inspiration, to the creation.

Each episode is a different journey: together with Triada Papadaki we watch the fitting of the actors on the set, with Maria Kontodima we enter the magical world of a costume house with Agis Panagiotou we visit a peculiar tailor workshop where costumes are made and with Nikol Panagiotou we discover how the wardrobe department of a television series works.

Finally, we discover the daily challenges that they have to face, the long days on the set, the creativity that crashes into the budget. And the strength, energy, patience, love and passion that it takes to do this job so demanding but so amazing, so unique.

“Costumes and Characters: from Inspiration to Creation” is the new web docu-series from the creators of ”Meet the Hollywood Costume Designers”: directed by Sakis Lalas, written by Valentina De Giorgi, produced by The Dark Candy with the support of Persil.