The beauty of a peacock on your neck, the mystery of a flying saucer on your fingers, the luxury disco glam of a pair of spinning balls on your ears.

That’s the magic that designer Carolyn Rodney put in her self-titled jewelry line, made of beautiful, intricate, colorful pieces crafted in Jaipur, India.

Stunning jewels that have won the praises of Hollywood A-list celebrities such as Charlize Theron, Brooke Shields and Tyra Banks.

Moreover, Carolyn Rodney is part of Hollywood… find out why. 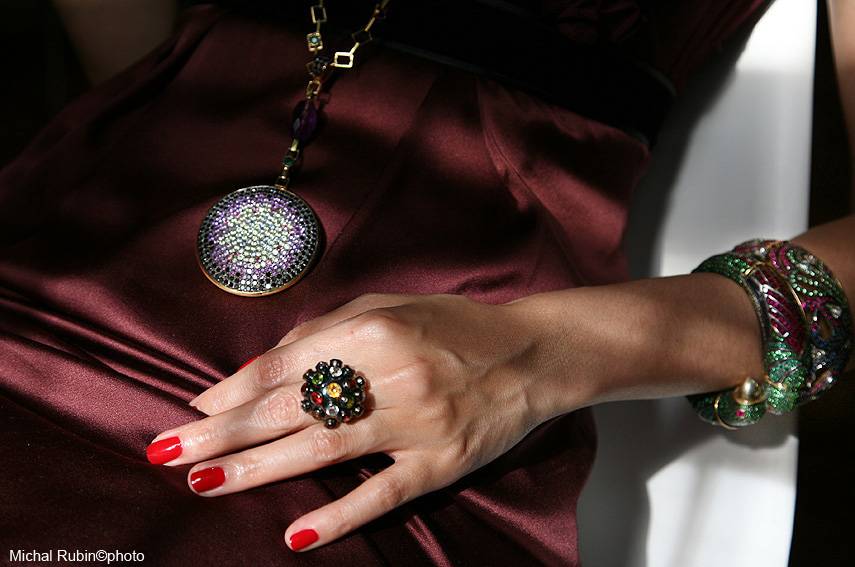 What got you into jewelry?

My love affair with jewelry started when I was a child playing with a big bag of my grandmother’s mostly broken costume jewelry. I would spend hours combining old necklaces and gluing loose stones to create my own designs. They were awful but she told me how fabulous they were. Later, on my first trip to India 12 years ago I fell in love with traditional Indian jewelry. I designed a couple of pieces and had them made while I was there. When I went back to NY where I was living at the time, some people asked where I got them. I realized I could make a career out of this passion and went back to Jaipur and teamed up with some Indian jewelry manufacturers and created my first line.

Are your ties with India and Jaipur still so strong?

I still manufacture most of my jewelry in Jaipur in India and enjoy working with the skilled artisans who make everything for me by hand the same way they have done for hundreds of years. Often the stones I use are custom cut, which is prohibitively expensive to do in other places. I also manufacture my home furnishing products in India, in Bangalore. The level of craftsmanship is hard to achieve elsewhere. In fact, some of the embroidery techniques I use in my textiles are lost skills elsewhere in the world on a commercial level. For the past year I’ve been spending most of my time in Greece and have been inspired to create new pieces influenced by what I’ve experienced there. I hope to find a fine jewelry manufacturing partner in Greece to work with on some of the pieces I have in mind and I would also like to collaborate with a Greek fashion brand to create some pieces.

What are your sources of inspiration?

I can be inspired by anything as long as it moves me on a visceral level. Sometimes it’s by nature; birds or clouds or water for example. I’m very interested in metaphysics and philosophy so often something I read can be the catalyst for a design. I am the daughter of an antique dealer so from an early I was exposed to many beautiful objects which have left a lasting impression. I spend a lot of time in museums and galleries looking at art and antiquities. I’m lucky that I’ve lived in Europe, the USA, the Middle East and Asia which has given me an appreciation for a range of cultural aesthetics and philosophies which often come together and inform my designs. 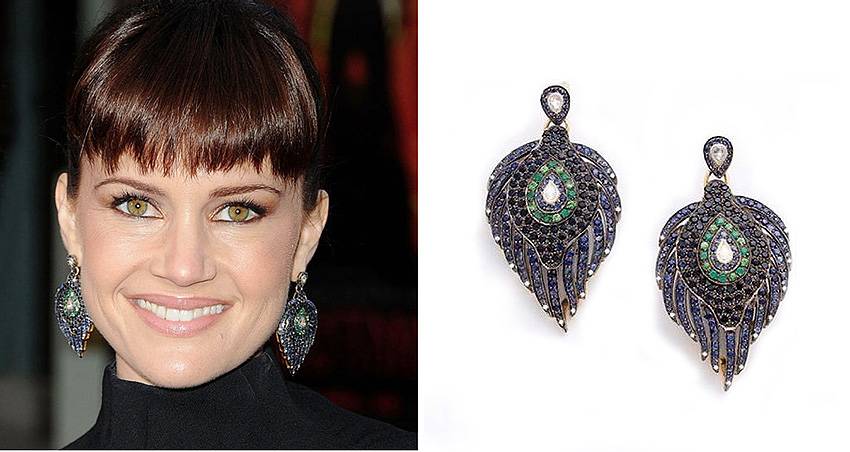 You work in film – sculptor, painter, set designer -: which is the influence of the movies in your work as jewelry designer?

I’ve seen many films and love the art form so much that they have influenced me on a subliminal level. I remember the iconic jewelry worn by Audrey Hepburn in Breakfast At Tiffanys and the spectacular Bulgari jewelry worn by Elizabeth Taylor in Cleopatra. Designing for film, and interacting with the director is very different from designing jewelry for customers I don’t know. I do design custom pieces for clients which is closer to designing for film as it requires one to have a deep understanding of the person, just as you need a deep understanding of the character in film. But in film, it’s less about my own aesthetic dispositions and sensibilities.

I love working in film and one of my ambitions is to collaborate with a costume designer on a film that features a lot of jewelry.

What materials do you use mostly?

I make most of my jewelry from 18 carat gold and precious stones; diamonds, emeralds, rubies and sapphires. Although, when I want more options with colour, I use precious stones combined with semi-precious stones. Some of the pieces in my new collections are made from 9 carat gold because I wanted a “duller” gold colour which to me looked and felt better for those particular designs.

My new collections are in the $1000 to $50,000 range. I’ve had a lot of interest in my Synergy collection which will be available to order in about 6 weeks time. The pieces are made from 9 carat gold and are very organic in form. I designed them to be worn in several different ways and to work with anything from a pair of jeans and a leather jacket to a backless couture evening gown. My peacock feather necklace has been my best seller but customers also love my circles and squares necklaces and my flying saucer and spinning ball rings. 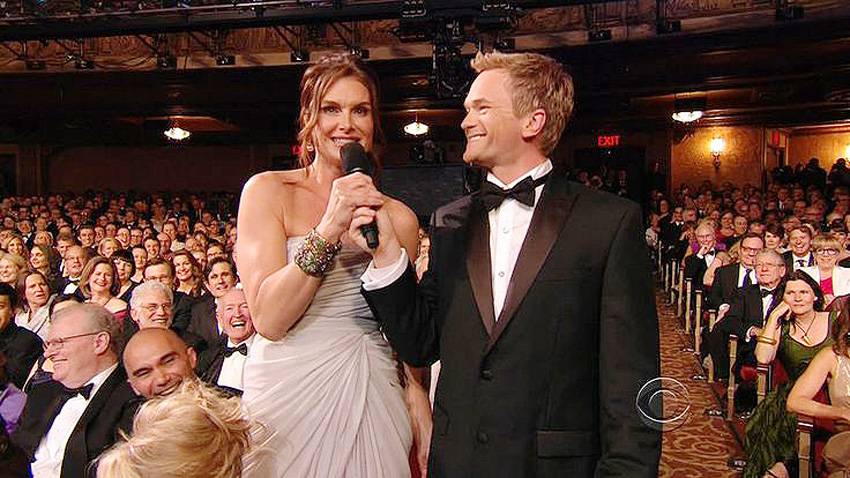 And what are the celebrities favorite pieces?

I’ve been lucky that lots of celebrities have worn my jewelry at red carpet events like The Oscars, The Golden Globes and The Emmys. They seem to go for the statement pieces like my peacock bangles, peacock feather necklace and peacock feather earrings and my diamond spinning ball earrings.

Where we can find your jewels?

The new collection will be available at Roseark in LA, Nine-Eighteen in Dallas and one of the big department store chains in the USA (to be announced). The line will also be available in London and in Athens.

Who is the woman who wears a Carolyn Rodney jewel?

My customers are women of all ages and I try very hard to make sure everything I design is both fashionable and timeless. Many of the pieces I designed in my first collection are still very popular and sell well twelve years later. I think the woman who wears my pieces understands beauty and quality, has an independent spirit and mind and invests in pieces that can be worn forever.

You’re English, living in USA and Europe, with a strong bond with India: where your globetrotting life is taking you now?

As I already said, I am spending most of my time now in Greece. I absolutely love it. The people I’ve met there are some of the warmest and most generous I have encountered anywhere in the world. Their appreciation of the arts and culture makes me feel very at home and inspires me to want to design lots of beautiful things. Greece is without doubt one of the most beautiful places on earth and the history and culture are a constant great source to draw on creatively.

You have a globetrotting life, you’re a citizen of the world: but in what do you feel strongly British?

I will always consider London my home even though I have now spent more than half of my life living elsewhere. It’s where I grew up and was educated and where I still have many close friends and family. I still drink at least 6 cups of tea a day and I never travel without an umbrella so I guess there are some cultural traits that I will never lose. For me the greatest things about Britain is its long history and appreciation of the arts and of artists and also the ironic disposition of most British people. I am still very influenced by the encouragement I received as a child growing up in London to express myself creatively and never take myself too seriously.