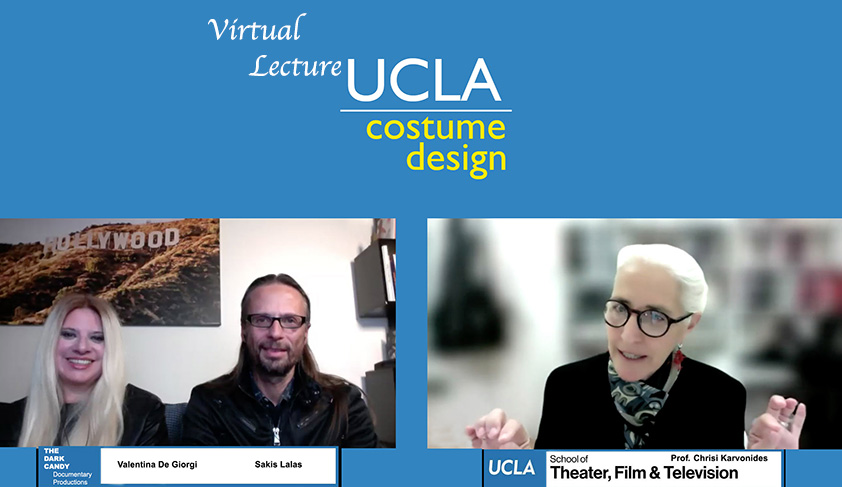 ”THE POWER OF COSTUME DESIGN”

Professor and Emmy winning Costume Designer Chrisi Karvonides hosts The Dark Candy in this virtual lecture at the School of Theater, Film and Television, faculty of Costume Design, of UCLA (University of California Los Angeles).