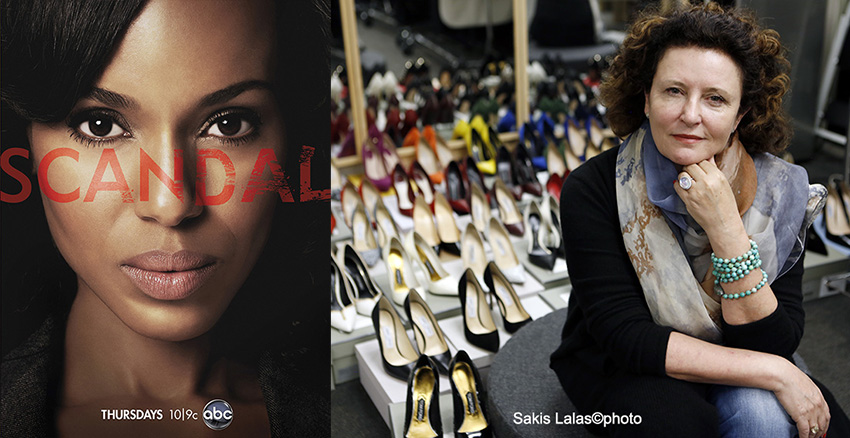 Animal Kingdom, Shameless, How to Get Away with Murder

In this new episode of Meet the Hollywood Costume Designers, Lyn Paolo welcomes us on the set of the TV show Scandal and opens the doors of the closet of one of the most fashionable TV characters: Olivia Pope, one of the strong and stunning women born in the mind of the amazing Shonda Rhymes.

The costume designer tells how the perfect match between her and Kerry Washington – a real fashionista – gave life to this character, who has become an icon of power dressing.

And taking us around Olivia Pope’s closet, she tells us about the character arc through the most iconic costumes, from the white Burberry coat – one of the clothes that sold out the second that Olivia wore it on TV – to the color block ones of Ferragamo and Fendi.

Lyn Paolo feels very grateful for what she does and she loves it.

Yet do you believe that when she arrived in L.A. from England her first instinct was to be an educator and to teach children?

If you want to know why today she is on sets and not in a classroom, check out the episode!