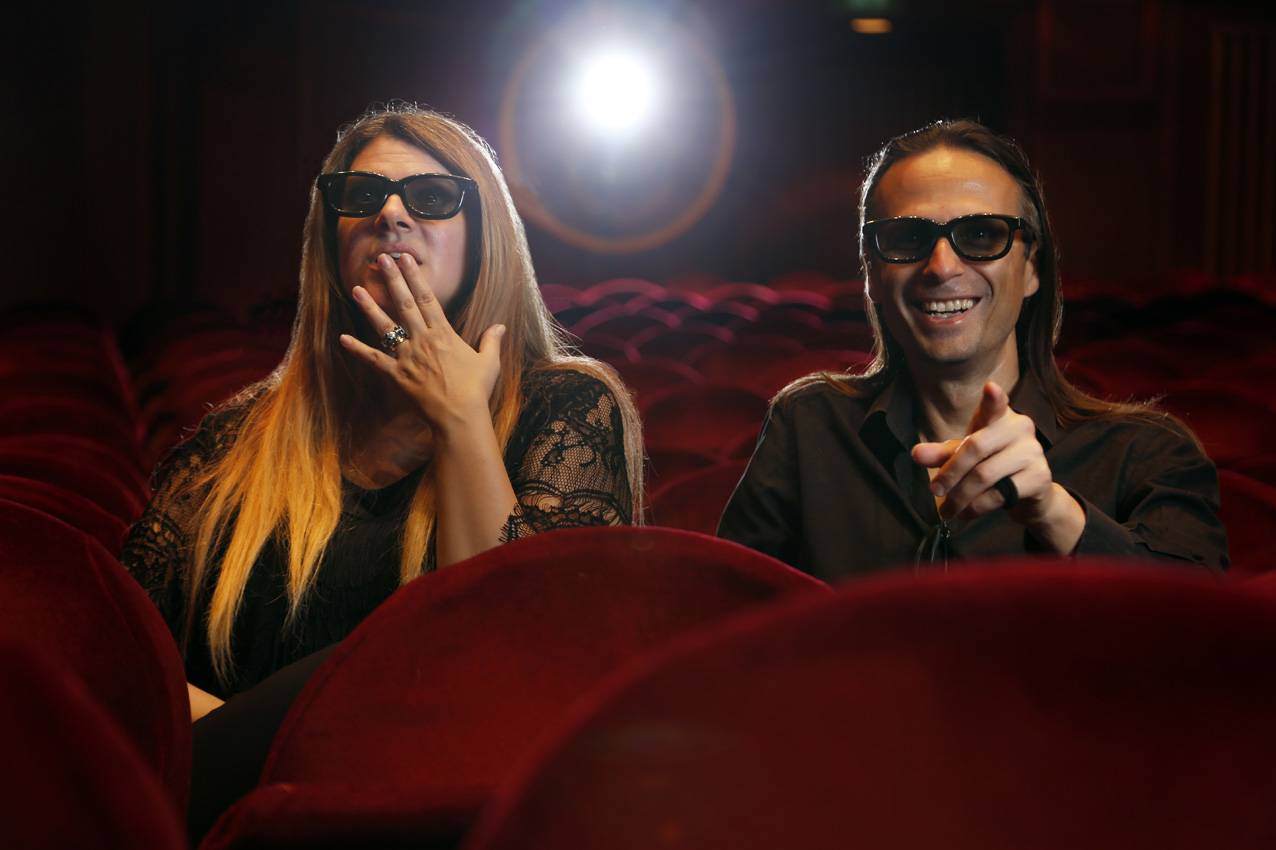 WELCOME TO THE DARK CANDY’S WORLD

The Dark Candy is a production company founded by photographer-director Sakis Lalas and fashion journalist-fashion consultant Valentina De Giorgi a couple in life and work, a couple dressed in black, a couple that travels extensively and spends too many nights watching old and new movies.

The episodes of “Meet The Hollywood Costume Designers“ are hosted on www.thedarkcandy.com, Blog dedicated to the amazing world of costume design and to the magic point where fashion and cinema merge.

The Dark Candy introduce the costume designers and their amazing job to the general public, not only online, but also In Real Life. And it does it through events focused on costume design and on fashion & cinema. These events promote costume making and bring together Hollywood costume designers with the fashion industry to exchange ideas, learn from others and celebrate the art.

ONLINE/OFFLINE EVENTS: we aim to bring connectivity by hosting events focused on costume design and on fashion & cinema.

EDUCATIONAL: follow our masterclasses focused on costume design to learn all the secrets of this amazing job.

For sponsorships, advertising and collaboration enquires contact our team, at: info@thedarkcandy.com 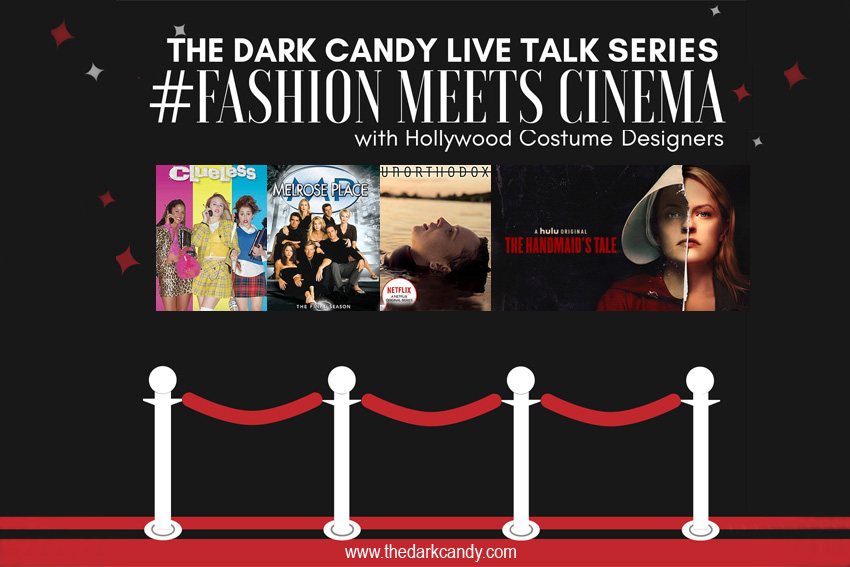 The Dark Candy’s online project: #FashionMeetsCinema, aims to bring together Hollywood Costume Designers with the fashion industry to exchange ideas, make known to Fashion the importance of costume design and find new ways to collaborate.

We do this through a series of online Zoom Live Talks where we host big Hollywood Costume Designers and a select number of fashion insiders, that will have the opportunity to ask questions to the guest at the end of the Talk, moderated by Valentina De Giorgi & Sakis Lalas Founders of TheDarkCandy.

Cosmopolitan Italy talks about our second The Dark Candy #FashionMeetsCinema  LIVE TALK with Mona May the costume designer of one of the most stylish movies of the ’90s, “Clueless”.

A BIG thanks to Sanja Hays the costume designer of Captain Marvel, to Arrigo costume house in Milan and to all the people that attended this The Dark Candy TALK. 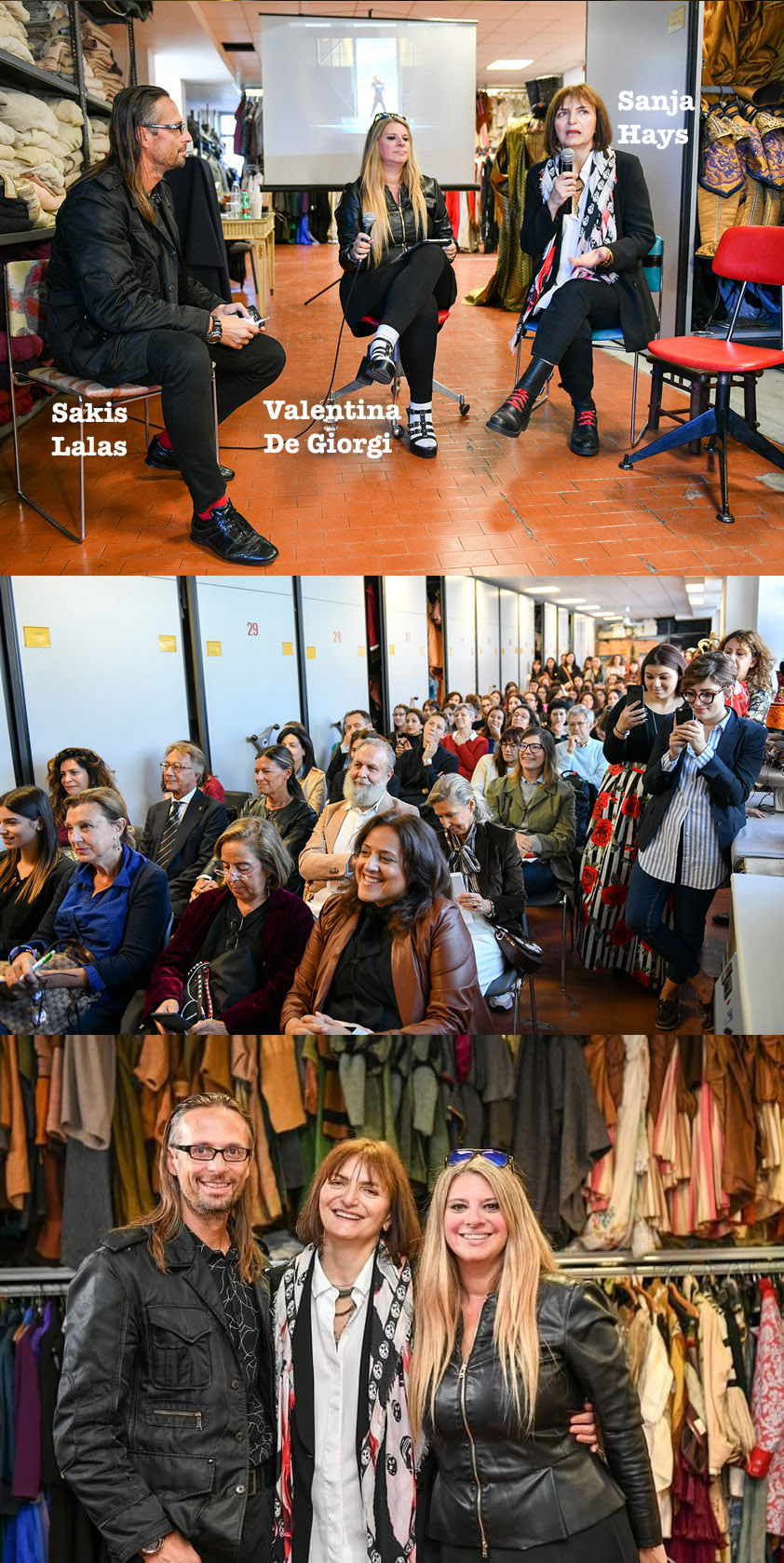 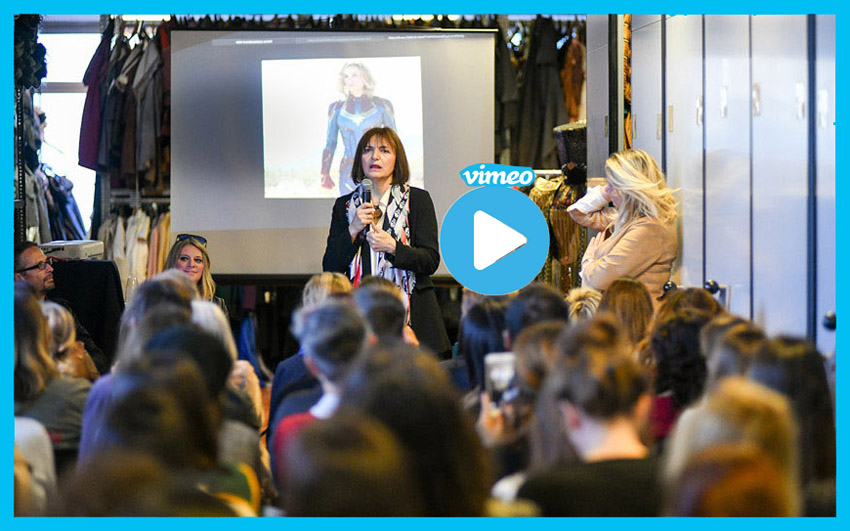 We just put another amazing THE DARK CANDY event under our belt! A BIG thanks to Anthea Sylbert the costume designer of Rosemary’s Baby & Chinatown, to Thessaloniki International Film Festival and to all the people that attended this amazing Q&A/screening.

We are so flattered to be on: “il Sole 24 Ore”, one of the most influential italian newspapers worldwide. They talk about The Dark Candy, where fashion meets cinema. 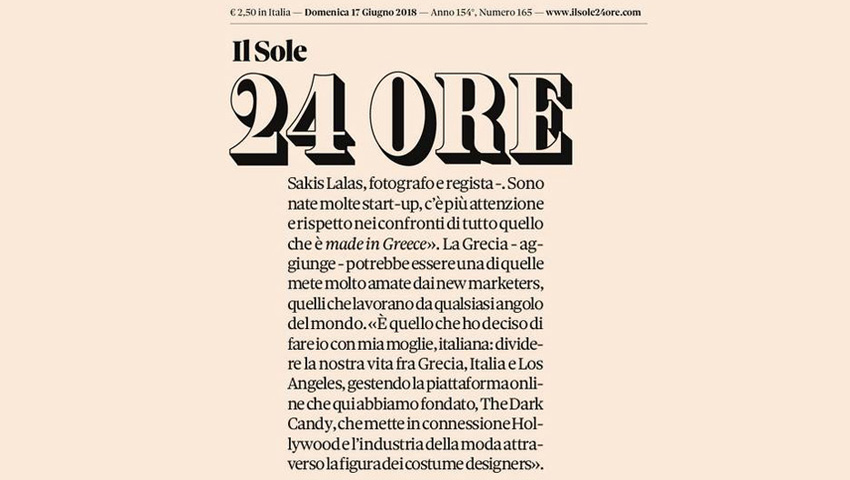 COSMOPOLITAN Italy talks about the Oscar nominated costumes, about THE DARK CANDY  and our work on costume designers. 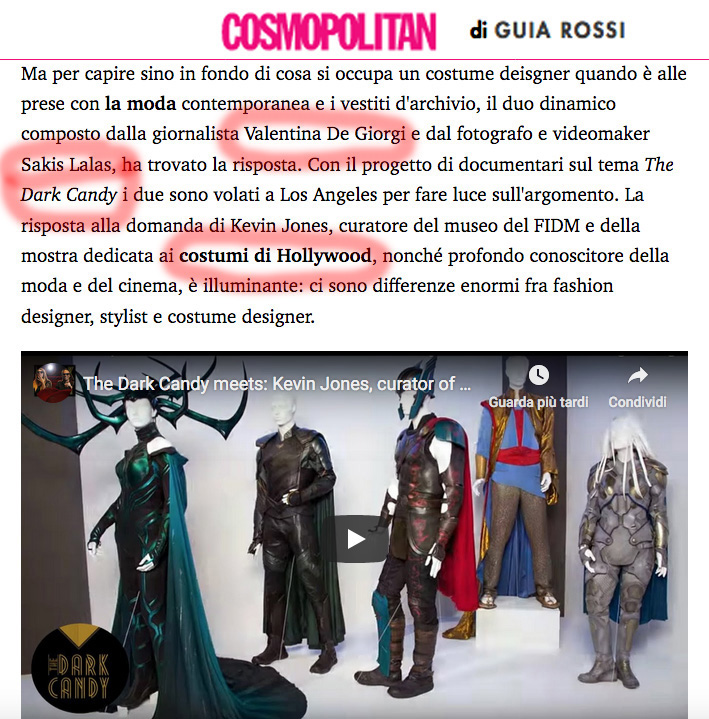 STYLE the monthly magazine of Corriere della Sera in Italy talks about our event in Milan, at Arrigo Costume House, with Sanja Hays the costume designer of Captain Marvel  and our docu-series MEET THE HOLLYWOOD COSTUME DESIGNERS. 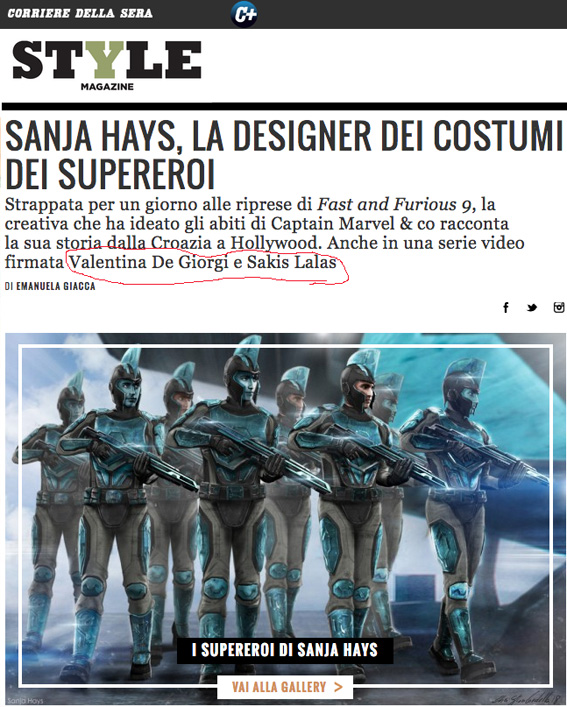 Every time we are on the official page of The David C. Copley Center for the Study of Costume Design at UCLA in Los Angeles we feel more and more propelled to go on! 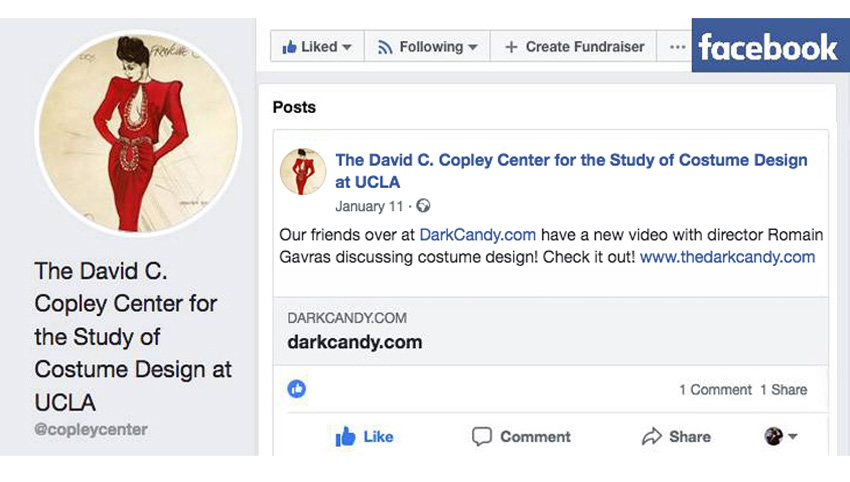 The episode of our docu-series MEET THE HOLLYWOOD COSTUME DESIGNERS with Carlo Poggioli, the costume designer of the Tv show “The Young Pope”, is online also on the Official website of A.S.C. (Italian Association of Costume & Production Designers).
Directed by Sakis Lalas
Written by Valentina De Giorgi 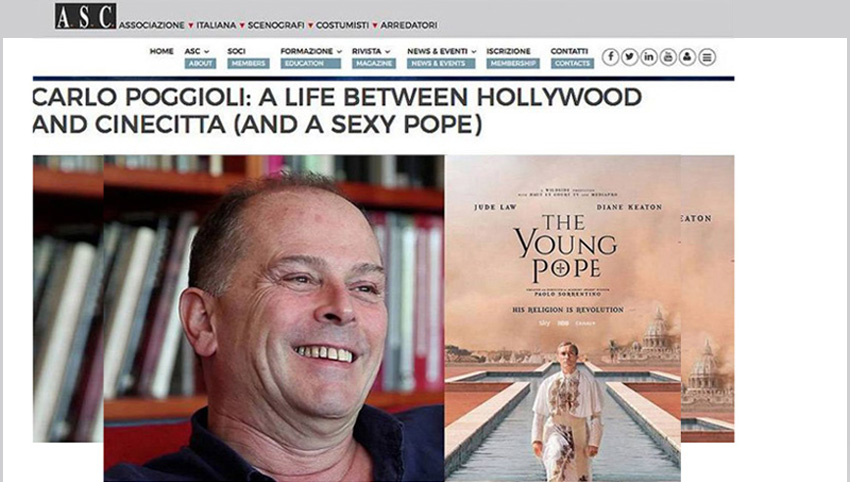 Thank you LIFO magazine for the wonderful article about The Dark Candy “where fashion meets cinema”, and our “Meet the Hollywood Costume Designers” docu-series. 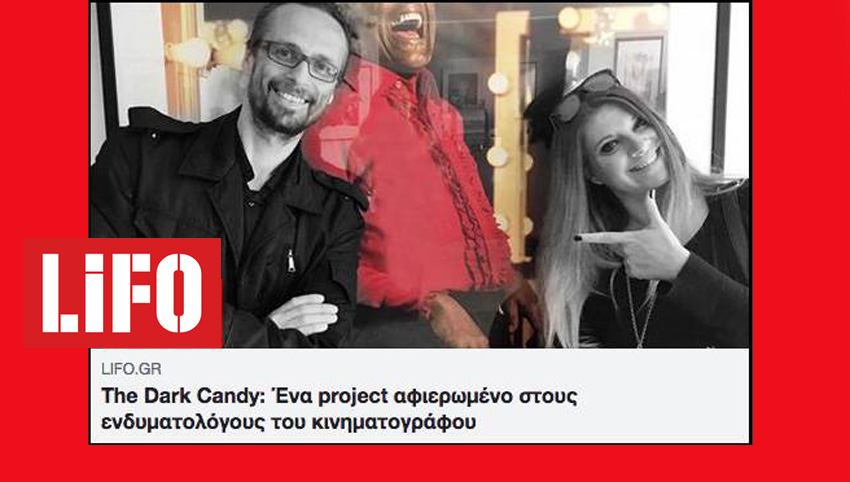 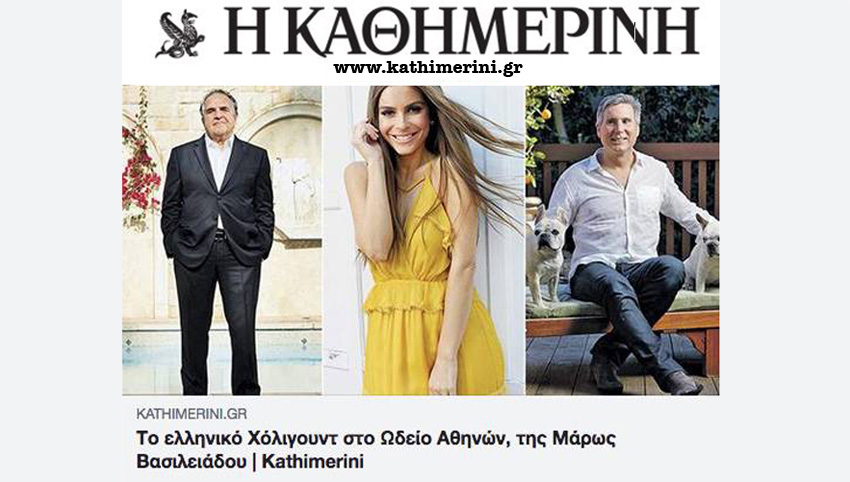 A TRIP TO HOLLYWOOD TO MEET 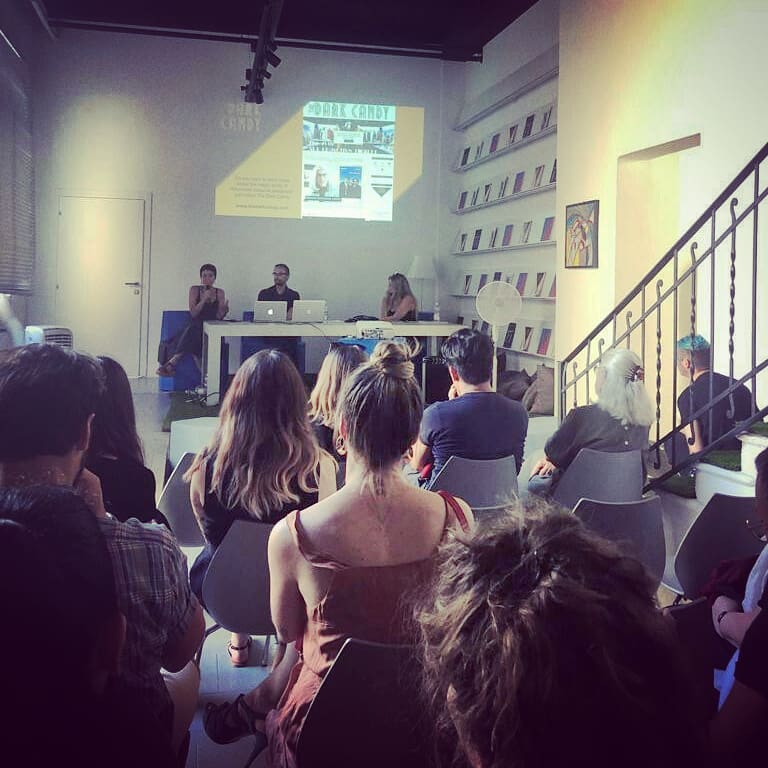 The Dark Candy at NOLAB Academy in Milan

Greek Film Academy’s parallel events of the Film Factory include a photography exhibition titled Hollywood Greek Fire by well-known photographer Sakis Lalas, THE DARK CANDY’s Co-Founder. It is about a series of portraits with Greek-origin film professionals that flourish in Hollywood. From Paramount’s CEO Jim Gianopulos and Irene Papas to recently Oscar awarded Composer Alexandre Desplat. 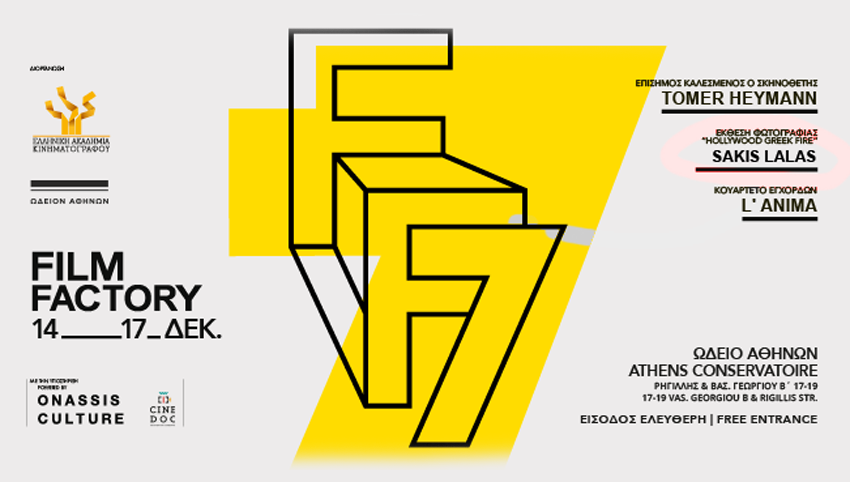 O GLOBO the most important newspaper in Brasil talks about us, The Dark Candy “where fashion meets cinema” and about our “Meet the Hollywood Costume Designers” docu-series. 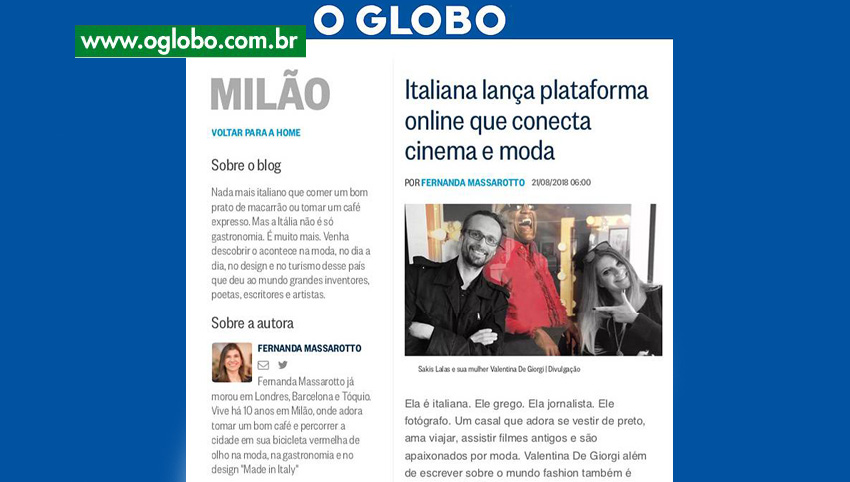