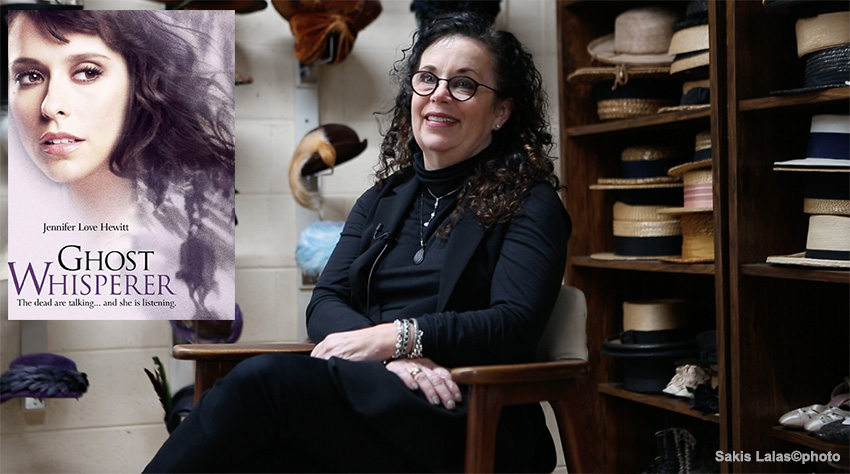 We are huge fans of the TV show Ghost Whisperer (we are a bit Dark …), so we were thrilled to meet costume designer Dorothy Amos and to dedicate to her this episode of Meet the Hollywood Costume Designers

Dorothy told us about the love for textiles and colors and shapes and forms that she has always had and how natural it was for her to become a costume designer.

She also told us everything about the costumes she designed for Ghost Whisperer and the evolution of the character of Melinda Gordon, played by Jennifer Love Hewitt: the production wanted to change her as the show went on, they wanted her to be more fashion, more glamorous.

So they approached Dorothy Amos, and she just answered “OK, how fun that would be?”

But the most fun was working on ghosts, because she loves distressing a lot.

This episode was filmed at the United American Costume House in Los Angeles, a costume house founded in 1977 by Luster Bayless, the legendary costume designer and John Wayne’s personal costumer.

And we were lucky enough to meet him during the shooting.