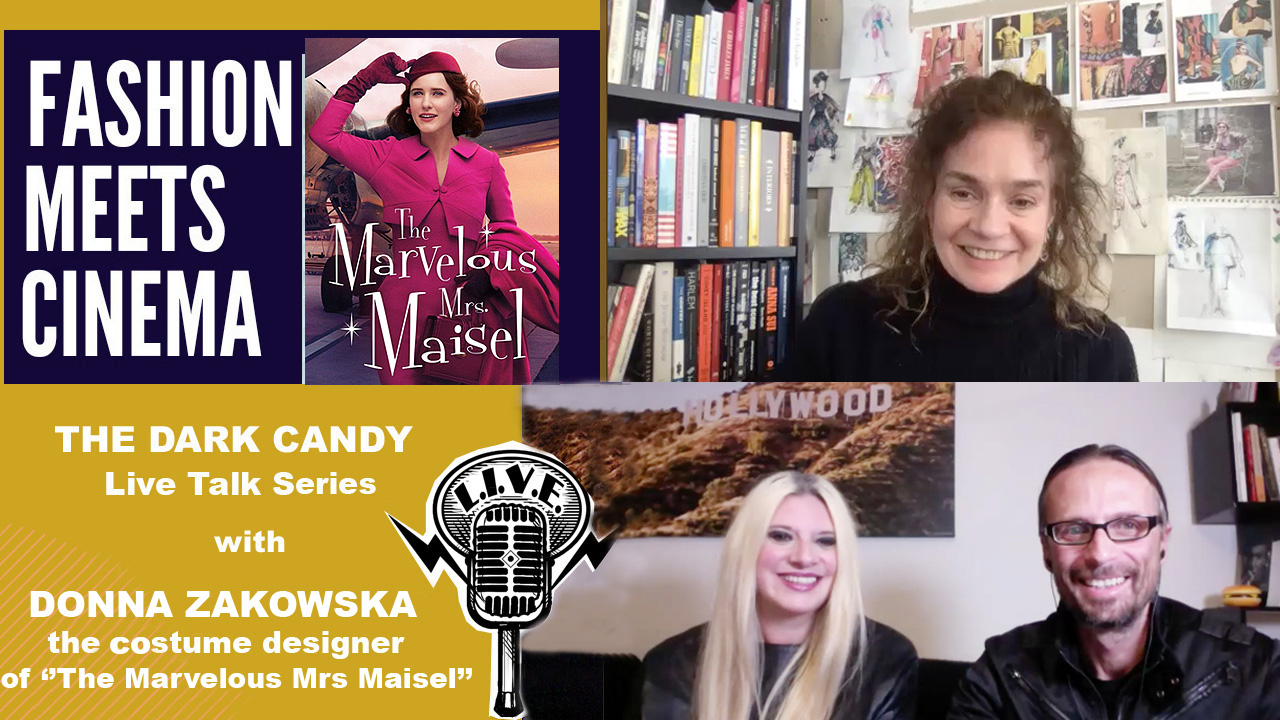 “The Marvelous Mrs. Maisel” Season 4 is about to get real. Costume designer Donna Zakowska, guest of this new episode of The Dark Candy #FashionMeetsCinema Live Talk Series, confirmed it to us live from New York’s Steiner Studios, where they are filming the new episodes of this Amazon series that has become a cult.

The talk was attended by fashion insiders from Los Angeles, New York, Milan, Florence and Athens: in Donna’s words “you could almost feel the energy of all these places”.

The Dark Candy #FashionMeetsCinema Live Talk Series aim to bring together Hollywood Costume Designers with the fashion industry to exchange ideas, make known to fashion the importance of costume design and find new ways to collaborate. We do this through a series of online Live Talks where we host big Hollywood Costume Designers and a select number of fashion insiders.