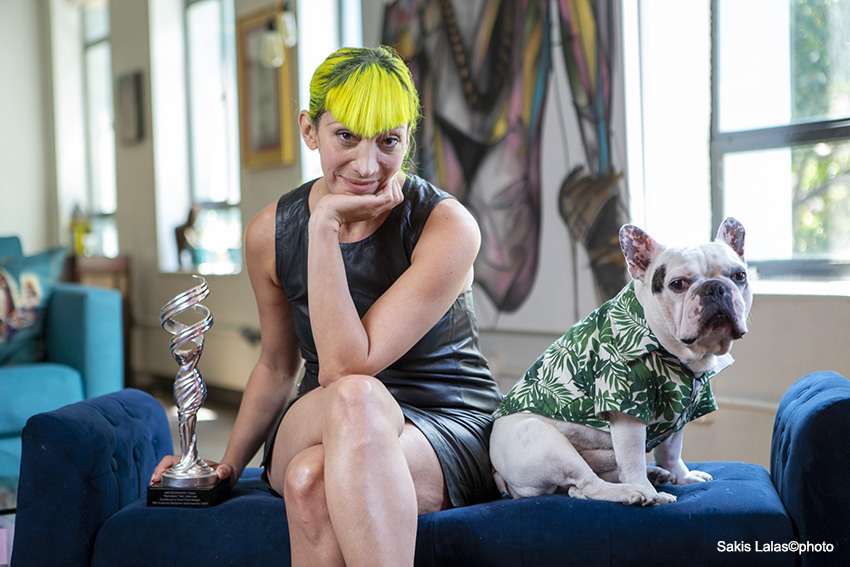 In this episode of Meet the Hollywood Costume Designers we met Ami Goodheartin her colorful home in Downtown Los Angeles, a house that perfectly reflects Amy’s personality and style: she is known for her powerful use of color, surrealism and innovation.

Characteristics that have attracted the attention of Koichi Iguchi, the director of Momotaro, the fantasy Pepsi Japan commercial starring Jude Law, the most awarded commercial campaign in Japan’s history.

The costumes designed by Ami were awarded in 2017 with the Costume Designers Guild award for “Excellence in Costume Design: Short Form”.

In this episode Ami tells us that she has always been an artist, at 4 she made her own doll with thread and needle.

She talks about her love for fashion – born and raised on the pages of Vogue Italy – and for vintage clothes, which led her to open a successful Vintage Clothing store in Manhattan’s East Village at the age of 18.

And how then she moved into costume design, kicking off a career full of successes and major collaborations, such as the one with Lady Gaga and Justine Timberlake.

The best thing about her job?

Not knowing what’s coming next it’s an adventure.